Hailing from Eastern Europe, Kefir is the drink of the moment in health food circles. Its name derives from the Turkish word ‘keyif’, which translates as feeling good after eating 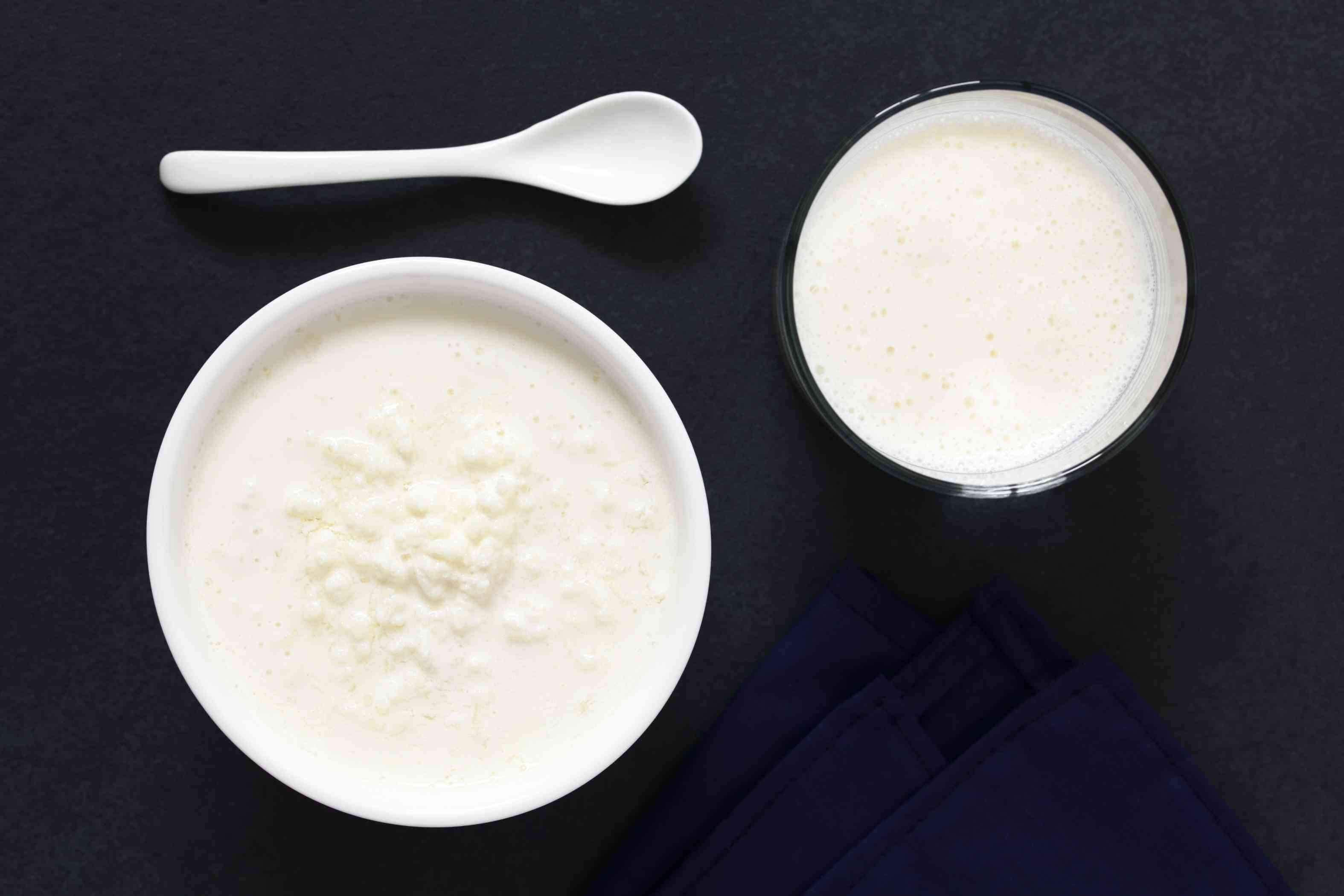 But does it live up to its name?  Kefir is a cultured, fermented yogurt-like drink made of ‘grains’ that are in fact a combination of yeasts, milk proteins, and bacteria. What sets Kefir aside from other yogurt drinks is its high content of good bacteria. Kefir can contain up to 50 strands of good bacteria in comparison to yogurt, which contains just one or two.Kefir is traditionally made with cow or goat milk but non-diary varieties are becoming more readily available, including coconut water and rice milk.

3. Boosts the immune system
The good bacteria in kefir works to clear out other harmful bacteria in the body, which can help to prevent a wide variety of diseases, including some cancers and heart disease. Kefir also contains a high amount of vitamin C, which is important for a healthy immune system.

4. Heart health
A powerful compound called kefiran found in kefir has been connected to reduction in blood pressure and cholesterol, which results in a healthier heart that is less prone to heart conditions like heart attacks and strokes.

5. Improves allergies and asthma
Although further studies are needed to better understand the effects, some researchers believe that allergic reactions are the result of a deficiency in good bacteria in the gut. Vanderbilt University Medical Centre reviewed 23 different studies with nearly 2,000 people and found that probiotics cut the severity of the symptoms much more effectively than a placebo.

Animal studies have shown that kefir can suppress the inflammatory cells disrupting the lungs and air passages as well as mucus build-up, which causes allergies and asthma.

6. Radiant skin
Kefir provides many essential vitamins, including vitamin A, B2, B12, K, and D. It also contains important minerals calcium, phosphorus, and magnesium.

Kefir acts as an antioxidant to combat free radicals in the body that damage cells and tissues. As a result of this reduction in cell damage, it can slow down the ageing process.
Latest
Injectables  |  7 hours ago