The EV guide to cryotherapy treatments

While minus temperatures don’t sound appealing – unless you’re on a winter wonderland break – it turns out that in the right doses, the cold is pretty good for you. In fact there are a number of in-clinic and at-home practices that utilise the cold to transform your skin, freeze your fat, and even boost your mood.

Another name for cold therapy, cryotherapy uses extremely cold temperatures to rejuvenate, heal and youth-boost the body. While it’s an age-old practice used as far back as the time of the ancient Egyptians, in recent years full-blown body chambers have been popping up at clinics and department stores alike. This is where you expose your body to -85 to -140 degree temperatures for a maximum of four minutes to reap all the benefits of the cold. Aside from this form of cold therapy, you’ll find targeted cold treatments that freeze fat cells, and even dry ice facials that revive the skin are becoming more commonplace.

What are the benefits of cryotherapy?

Speeds up recovery
Athletes submerge themselves in ice baths (and ice chambers) for a reason and it's not because they are gluttons for punishment. Whole body cryotherapy stimulates blood circulation, which promotes healing as oxygen and other nutrients flow through the body more effectively. This boosts soft tissue healing, reduces pain and improves performance.

Aids weight and fat loss
Full body cryotherapy triggers the production of the hormone norepinephrine. This hormone boosts the metabolism, meaning one session is equivalent to burning 500-800 calories. The likes of Coolsculpting can target fat cells under the skin and freeze them – this leads to crystallisation, then over time the body naturally processes the fat and eliminates it.

Lowers stress
When exposed to sub-zero temperatures the body releases endorphins; the main function of endorphins is to inhibit the transmission of pain signals. However, endorphins also boost mood which helps with stress relief.

Boosts collagen
An essential component to keeping skin firm, collagen production is given a major boost by the cold. This is thanks to the cell regenerative benefits of cold therapy.

Repairs skin
Inflammatory skin conditions like acne, seborrheic dermatitis and psoriasis can be greatly improved by cryotherapy thanks to its anti-inflammatory benefits.

Cryo facial
The term freezing your face has up until recently referred to the use of muscle relaxing injections but with the rise of targeted aesthetic cryo treatments, ‘frotox’ has become an increasingly popular treatment choice. During a cryo-facial liquid nitrogen flows over the face, and while it doesn’t freeze your face in the movement sense, it is incredibly cold. The sub-zero temperatures cause blood vessels to contract, then once your skin returns to its normal temperature, the blood vessels dilate, boosting blood flow and pumping oxygen around the face to accelerate skin cell activity and youth-boost the skin. Studies also show that cryo treatments can reduce sebum production, which helps to reduce acne.

Cryo chambers
Some cryo chambers are more like pods where your head sticks out the top, while others are like little rooms that you step into, exposing your whole body to the cold. These ‘chambers’ are cooled using liquid nitrogen and temperature settings range between -85 to -140 degrees. Sending the body into fight or flight mode, the sub-zero temperatures kickstart a cascade of anti-inflammatory processes, flooding the blood with oxygen and the body with endorphins. You can do anywhere between two to seven sessions a week for no longer than four minutes – and it’s best to work your way up.

Fat freezing
Cryolipolysis aka fat freezing, is a non-surgical treatment which works to remove stubborn fat in a plethora of areas of the body. Coolsculpting is the most common device, and like others on the market it has a range of applicators that can be placed on the back, flanks, tummy, arms and even under the chin. These applicators suction onto the area of concern, cooling the skin until the temperature drops to -11 degrees and triggering the death of the fat cells. It’s relatively pain-free and a session lasts between 30-60 minutes; most patients need one or two treatments at least four weeks apart to see a difference.

At home
There are a number of cold therapies you can perform at home, from cold massage tools that help with minimising puffiness by boosting lymphatic drainage, to submerging your face in a bowl of ice and water, or your body into an ice bath to trigger skin healing. There's also the option of cold sheet masks and eye masks you can keep in the freezer.
Latest
Makeup  |  2 days ago 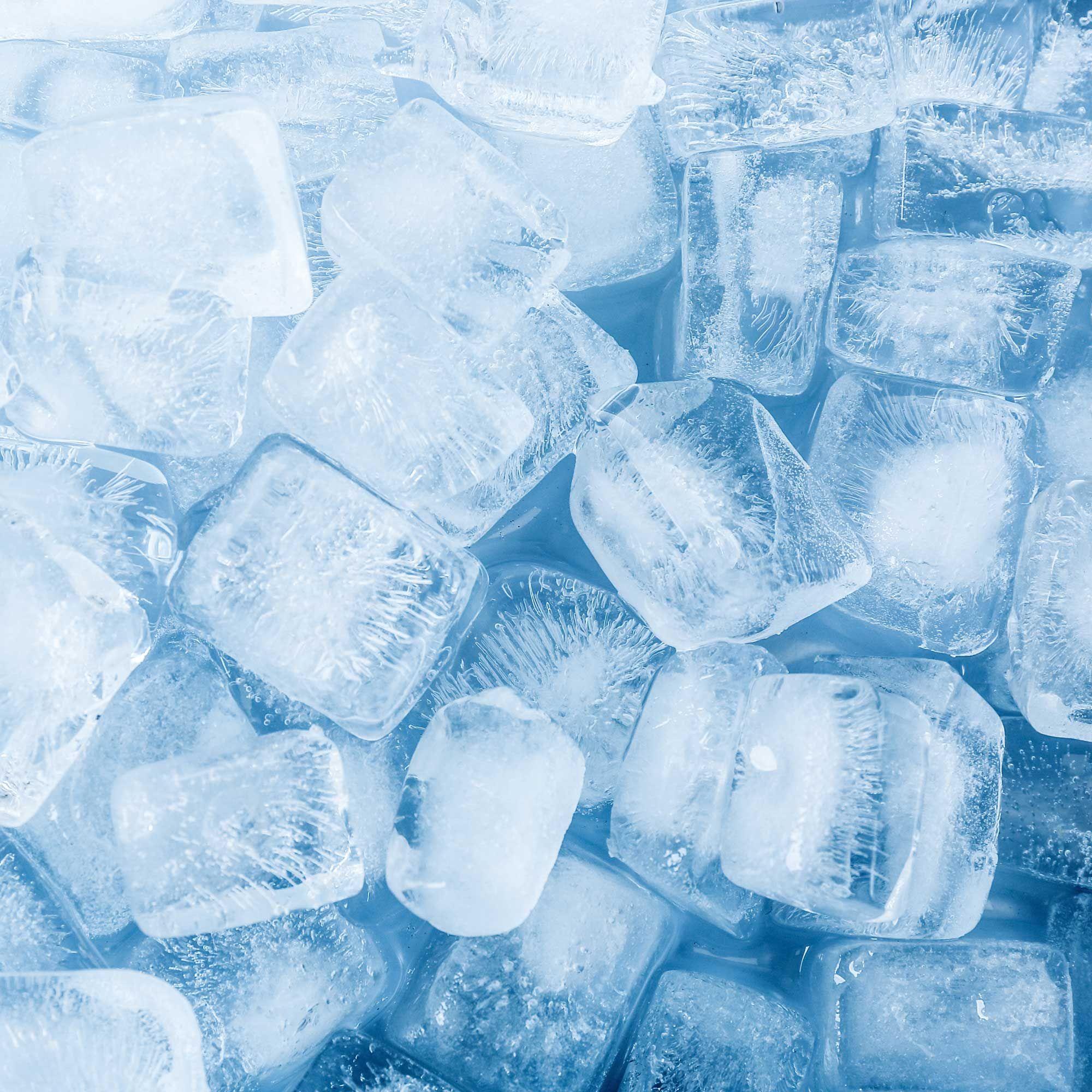 The EV guide to cryotherapy treatments