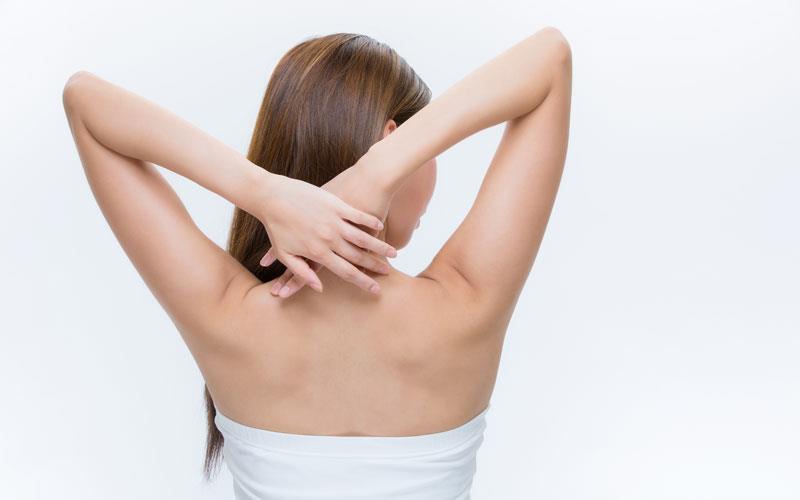 As the summer approaches, many of us are preparing to swap out bulky layers in favour of something a little more revealing.

If small red bumps on your upper arms are putting you off, however, know that you’re not alone. Over 40 per cent of adults, and up to 80 per cent of teenagers suffer from the condition, which is called keratosis pilaris – more commonly referred to as 'strawberry skin' or 'chicken skin.'

It’s caused by the overproduction of keratin (the protein also found in your hair and nails), which clogs hair follicles on the surface of the skin, and leads to rough yet painless bumps.

They’re most often found on the back of the arms, back of the neck, thighs, back and buttocks, and the condition runs in families, while those with oilier skin are also more likely to suffer from it.

Though ultimately harmless, it can feel itchy and uncomfortable, especially during the winter, and it can look unsightly when inflamed.

While you can’t cure it completely, there are plenty of steps you can take to dramatically improve the skin’s texture and appearance, both in terms of in-clinic treatments and products you can use at home.

“Over-exfoliating can really aggravate things, so we use a device called the OxyGeneo to carry out a very gentle microdermabrasion,” says EV Expert Balsam Alabassi, Founder of DermRefine skin clinic in Mayfair, which specialises in skin treatments tailored to client needs. “We also carry out glycolic acid, lactic acid or salicylic acid peels, which can really make a big difference.”

Skincare is incredibly important, she explains, highlighting that “everything starts at the point of the cleanse.” Alabassi advises using a mild, unperfumed cleanser, taking lukewarm showers or baths, and making sure you pat yourself dry rather than vigorously rubbing. It goes without saying that scratching or picking at any affected areas is best avoided if you can help it.

Moisturise five minutes after washing, and look out for products that contain urea, an emollient that adds moisture into the skin while softening and soothing.

Creams and serums with an AHA, such as glycolic acid, or a BHA such as salicylic acid, are also beneficial – there are a wealth of options available both on the high street, and available from dermatologists and clinicians.

Remember – the higher up the ingredients list something appears, the higher its concentration in the formula, and “go what works for you”, says Alabassi. Whatever you choose, be diligent about using it twice a day, and you’ll see a noticeable improvement in 2-3 weeks. 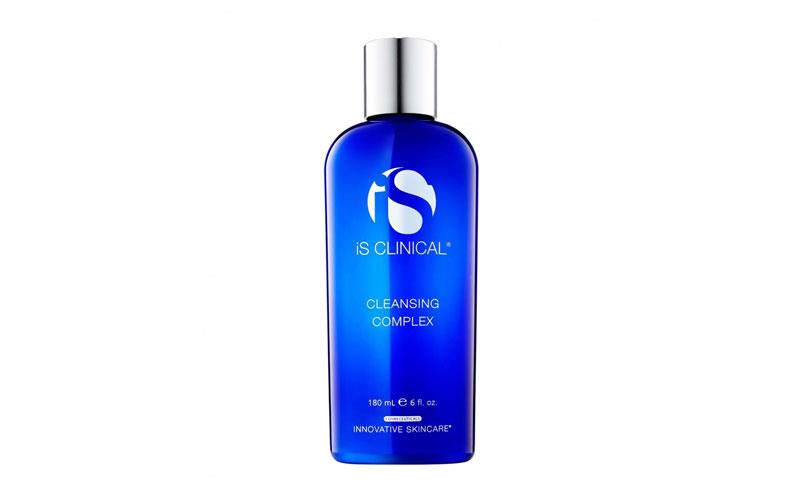 iS Clinical Cleansing Complex, skincity.com
An effective formula that combines powerful botanical ingredients, this simple cleanser is ideal for those who are pregnant, and unable to use anything that contains retinol. It contains White Willow Bark Extract – a natural form of salicylic acid – which also helps keep blemishes at bay. 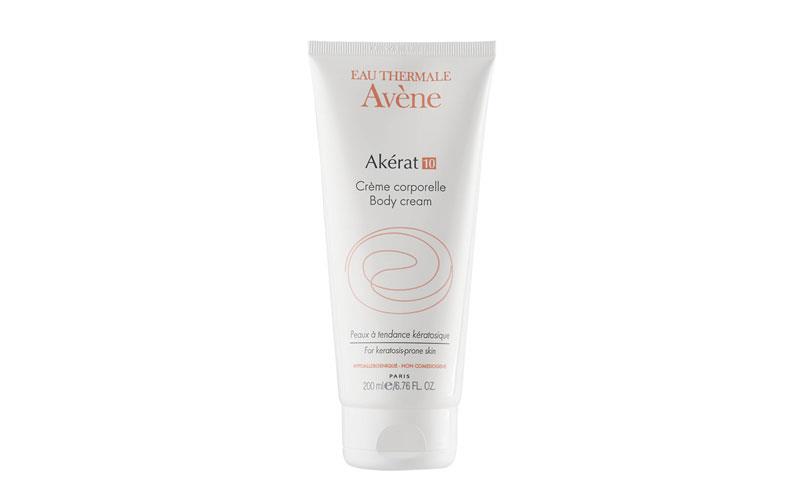 Avène Akérat Body Cream Moisturiser for Keratosis-prone Skin, lookfantastic.com
With urea, salicylic acid and lactic acid, this all over moisturiser from French favourite Avène ticks a lot of boxes. It also contains the brand’s famous thermal spring water, which is known to be incredibly soothing. 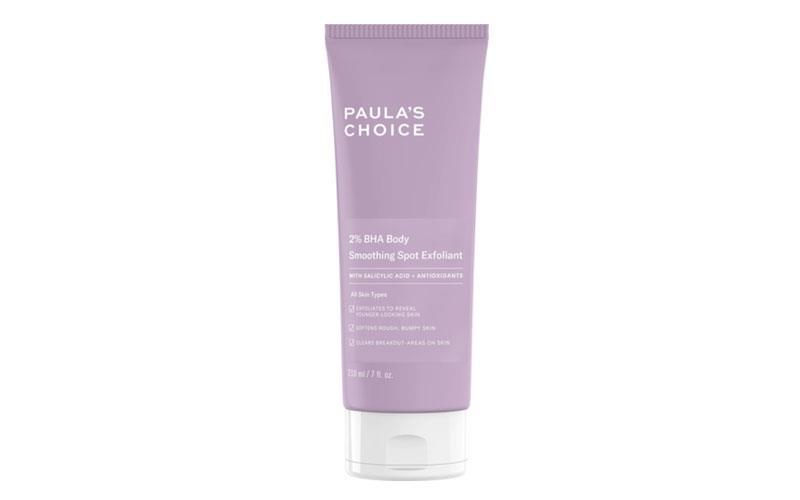 Paula's Choice 2% BHA Body Spot Exfoliant, paulaschoice.com
Harsh scrubs can irritate the skin, causing further inflammation and redness, but this BHA body cream is perfect for deep and effective exfoliation, and can be used to target specific areas such as the upper arms and back. Ingredients also include chamomile flower extract, which helps soothe aggravated skin, and antioxidants to guard against damaging free radicals from sunlight and pollution.

CeraVe SA Smoothing Cream with Salicylic Acid, boots.com
This summer the CeraVe skincare range – long beloved by dermatologists – shot up in popularity, as teenagers all over social media app TikTok became instant fans. It’s easy to see why – their great value formulas are gentle yet effective, and this fragrance-free body cream contains 10 per cent urea, too. 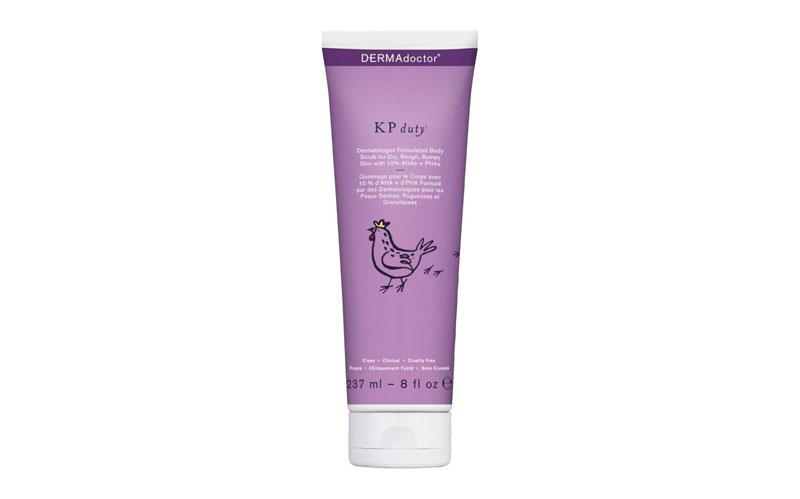 DERMAdoctor KP Duty Dermatologist Formulated Body Scrub with 10% AHAs + PHAs, feelunique.com
It’s best to avoid rough scrubs in general, but this one from Derma Doctor is especially formulated for keratosis pilaris. It combines a powerful 10 per cent peel of glycolic, latic and poly hydroxy acids, along with soothing evening primrose, blackcurrant seed and borage oils to deliver real results.

I am an Independent Prescriber and hold level 7 in Aesthetic Medicine. I adopt a personalised approach to provide you...

Transform itchy, bumpy skin in time for summer with these hard-working body lotions